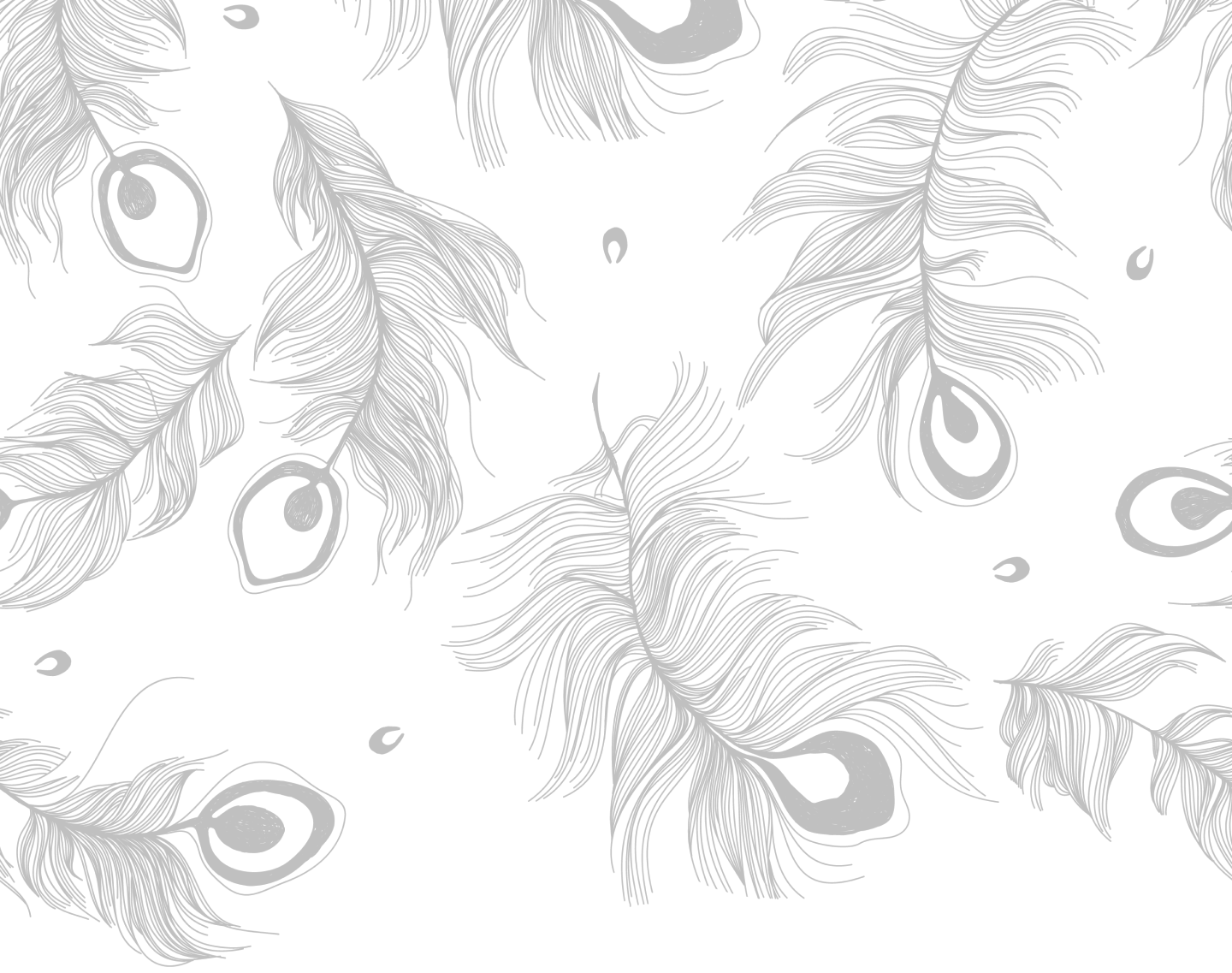 Anand Sai is fascinated by temples. That’s a fact he has proven time & again with the work that he does. He is deeply spiritual and his spirituality guides him in all that he does. Anand, while he was pursuing his career as an art director - also built multiple wedding sets for the who is who of the Telugu industry. Everyone from Jr. NTR, Chiranjeevi’s daughter, Ram Charan Tej to wedding sets for the former CM of AP, the Anoos Group, and My Home Constructions. He has brought the temple architecture and done everything to keep it alive & thriving - even  through his commercial ventures like wedding sets.

This wedding’s sets were created keeping in mind that the families wanted an ethnic mandap setup. The Mandap was given an antique wooden finish with a touch of gold to give the bride & groom the feeling of being part of a period wedding. This was enhanced by 120 Karaikudi styled pillars across the area.

Anand took care of every little detail from flower decorations to placements - just to make sure that the essence of the temple architecture was maintained. Imported crystals from Thailand made up a showpiece at the entrance and the interiors were styled after an opera complete with show balconies across the hall. 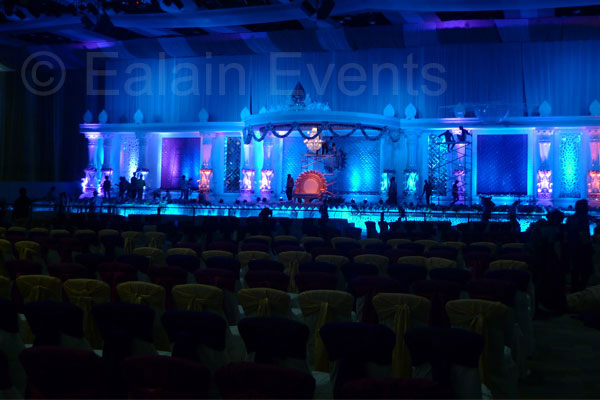 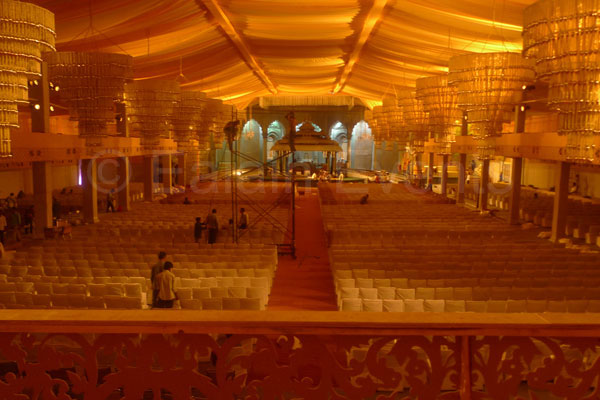 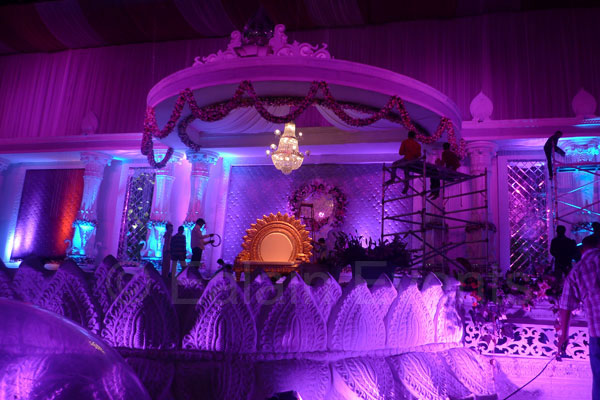 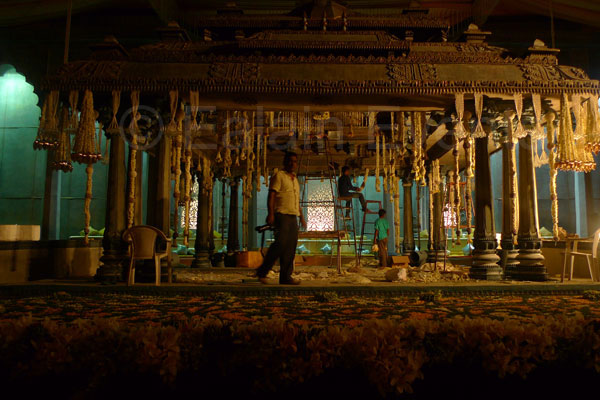 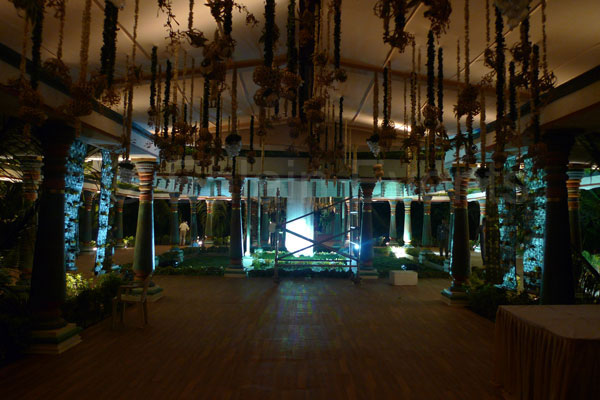 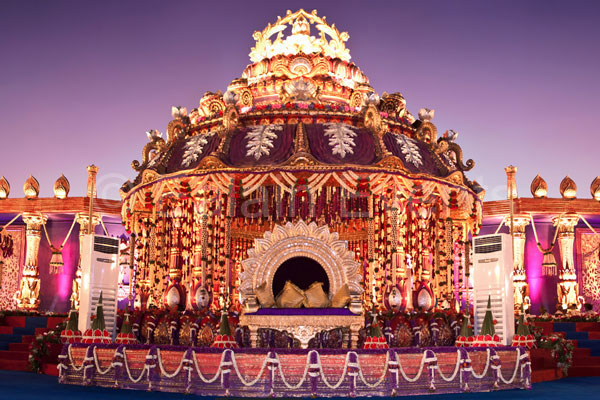 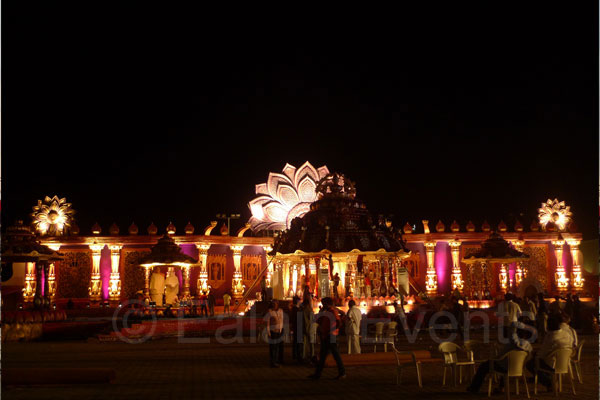 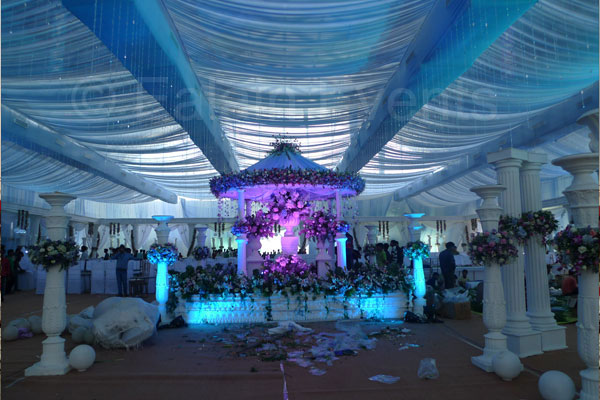 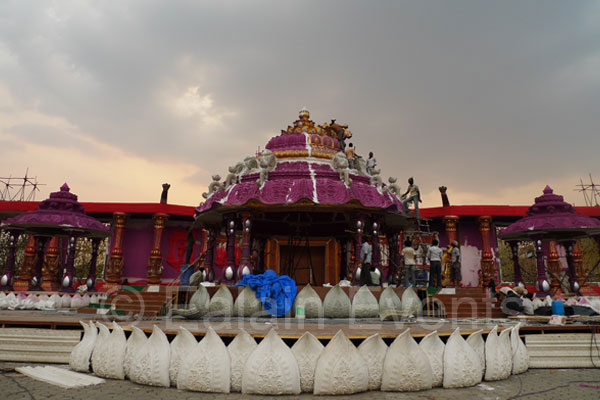 This wedding was a special one for not just the families - but the lakhs of fans of the actor. It was almost as if the prince of the kingdom was about to get married. This task was right up Anand’s alley - period settings being his strong suit.
‍
The team was up to the challenge of creating a colourful and dreamy mandap. A fantastic mix of period architecture with the modern touch. It created something that was timeless & memorable. It took over 3 months from the day of conceptualisation to bring it to life.Nationally & internationally acclaimed by many publications.

The lighting technicians, lights & all other arrangements were brought in from across the country to make the event royal. The buffet area was designed after the pre-modern ballroom; the area was accessible via separate entrances for the VIPs and VVIPs.
‍
The cherry on the cake: Anand even designed the wedding invitations for the families.

This wedding set was created for the who’s who of South India.
‍
Anand designed the mandap and stage in white and gold. He had a vision for it - he wanted it to come alive as a period set while ensuring it looked dreamily modern. The whole set was given the marble finish - special workers were appointed from Jamshedpur to fulfil Anand’s vision of the set. The set is one of India’s largest indoor wedding sets; over three halls were merged to put this together. Additionally, Anand designed the largest golu mandapam that was almost 24 feet high and had over 13 steps - it was decorated with mud dolls that Anand himself curated. Anand has designed every little detail for the big day - everything from the entrance decor to the pillars around the stage. His eye for detail made the set up quite grandiose.

Over 15,000 people were invited to the wedding, including all major politicians and the CM of Telangana. The security protocol, VVIP seats, and other arrangements were also looked after by Anand's team.
‍
The grandiose set only made the day more special for the MSN family!

Dive deeper into his brain
temple and statues
Know more